An interview with our Chairman

This week we’ve been busy finalising the programme to make sure we can accommodate as much as possible into the conference as we can, including afternoon teas, poster sessions and lots of plenaries for you to attend. We also thought it would be a great time to introduce to you to our Chairman for ICCDU 2016; Professor Peter Styring. 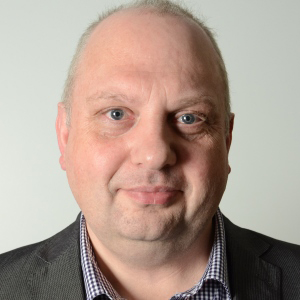 A graduate of the University of Sheffield, Professor Styring’s expertise lie in the field of catalysis and functional materials, together with their continuous flow processing that allows reactions to be rapidly taken from the Discovery scale to the Production scale over a short time period. Peter is now regarded as one of the world experts in Carbon Capture & Utilisation (CDU) with increasing expertise in CDU policy. He is the Director of CO2 Chem and CDUUK. Managing Director of CO2 Chem Media and Publishing Limited and is a Member of the European Taskforce on Carbon Dioxide Reuse. We decided to put Peter through his paces with our rigorous Q and A.

So, Peter, what first attracted you to the field of carbon dioxide utilisation?

I was working with the now Professor Sir Martyn Poliakoff on the use of supercritical carbon dioxide as a solvent in micro reactor chemistry. I then went to an EPSRC renewable chemicals Sandpit and we decided to look at microbial degradation of polymers to produce chemical feedstocks: essentially landfill mining. However, the government at the time through DEFRA decided to shift waste treatment from landfill to incineration and so we decided to use the CO2 emissions from that process as the chemical feedstock. In effect we modified our research to adapt to market demand. We are still using the supercritical process we developed in the original research in our current research so that is essentially recycling too!

Can you tell us what you’re currently working on?

We are looking at the whole supply chain from carbon capture and purification to the production of value added chemicals on a pilot plant scale. We also employ Life Cycle and Techno-economic Analysis techniques as well as process simulation in order to optimise our research. In that respect I think we are unique. More focused we are looking at the production of transport fuels, polymers, fertilisers, small organic molecules and minerals from CO2. We have also developed some amazing CO2 capture technologies based on low cost materials and novel process control. They can also do Direct Air Capture as well as point source capture.

CO2 utilisation is becoming more and more advanced. Is there anything currently being researched/tested in the field that you find exciting and interesting?

Power to X. In our case X is Jet-A aviation fuel. Synthetic fuel is much cleaner than fossil oil derived fuels and is truly low carbon if we use renewable energy as the precursor: storing electrical energy as liquid energy allows us to address the issues of seasonal energy storage. We are looking at major investment in to Sheffield to build a new centre that will allow us to move from bench scale to pilot plant and finally production. Europe is at the forefront of this technology and we need to be a part of the revolution. Cleaner fuels from renewable energy has got to be the future.

What would be the one piece of advice that you pass onto someone entering this field?

Breakfast at the Realto Bridge in Venice then a morning skiing Utah powder. Lunch in Tokyo (has to be sashimi) then back to Utah for some more pow! Dinner in Bavaria then back to sleep in my own bed! (Does it have to be one day? Can we negotiate on a weekend?)

If you could meet anyone who would it be and why?

On a professional level, probably PM David Cameron so that I could try to convince him of the economic and environmental benefits of carbon dioxide utilisation. On a personal level Richard Branson.

Tell us one thing about you that not many people know about.

I used to be the National Moguls Ski Team Coach and trained a World Champion and a World Cup winner (before they became really good!)

What do you hope delegates will get out of ICCDU 2016?

New friendships and collaborations. A truly stimulating meeting where new and exiting results are presented that could revolutionise the subject.

Peter will be on hand throughout the conference to discuss matters relating to CO2 chem and CO2 utilisation strategies. In the meantime you can keep up to date with Peter by following him on Twitter @peterstyring