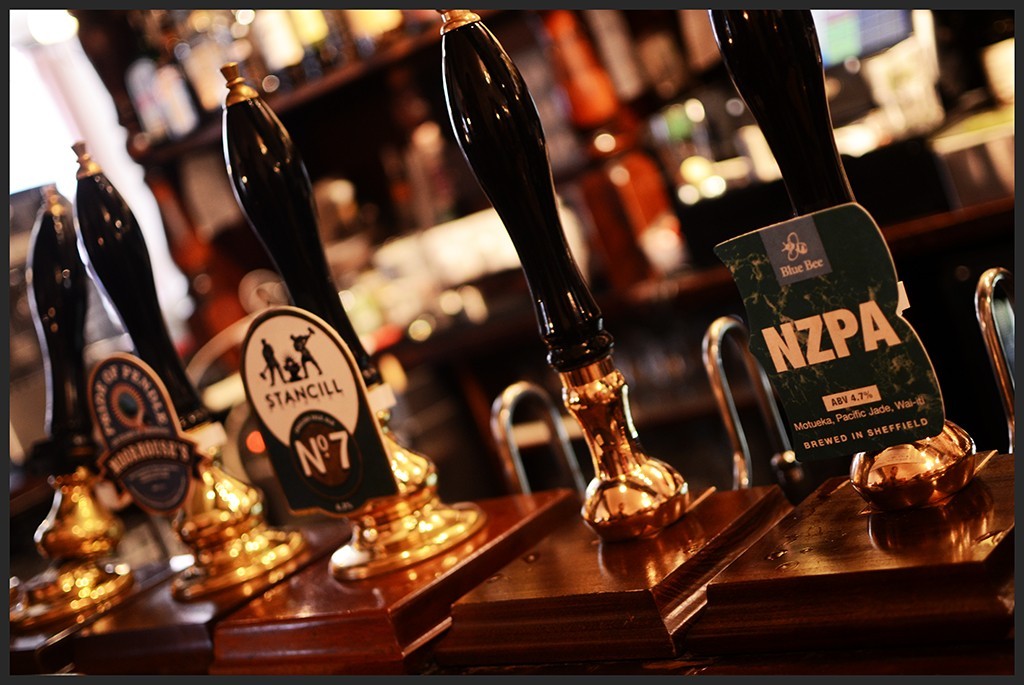 Sheffield is quite literally filled with pubs. The real ale scene of the last few years has taken Sheffield by storm and several breweries have been revived whilst some have been created from scratch to take advantage of the modern day Sheffielder’s new favourite past time. No matter where about’s you are in our lovely City, you’re never far from a real ale pub or an endless supply of real ale.

In this blog post, we’ll be exploring the best pubs Sheffield has to offer… its been a tough job but someone had to do it.

Based a short walk from the conference centre, the Devonshire Cat is up at the top of our favourite places to drink with its lively atmosphere, friendly staff and (not forgetting) it’s excellent range of free ales from around the world.

Okay so its not exactly independent but Brew Dog definitively needed to be on the list. With over 14 real ales to try from and a distinctive urban feel. Brew Dog’s take on the new ale scene is definitely one to experience, especially seen as it has comfy booths, a raft of board games as well as many other welcome distractions.

One of the veterans of the Real Ale Movement in Sheffield, Kelham Island Tavern has been open since 1833, quenching the thirst of the steel and cotton mill workers to the modern day professionals. Stocking over 10 real ales and serving delicious traditional pub grub,  their recent awards of CAMRA Pub of the Year 2015 and Yorkshire Pub of the Year 2014 are no less than they deserve.

No real ale tour would be complete without visiting the pub that started it all off. The Fat Cat was bought by a pair of real ale lovers whose mission it was to provide an alternative to the big breweries and champion small local real ale makers. They were even the first in the City to introduce the now customary Guest Beer policy in Sheffield amongst real ale providers. Since then, many have paid homage to the Fat Cat and devoured one of their famous pies, washed down with their excellent range of home-grown beers.

You can’t help but have a quick glance in the Frog and Parrot’s large front windows plus its usually filled with students which can only mean one thing. Good value. It’s in the heart of the City Centre and is a great and vibrant place to try their selection of specialty beers and ales as well as bottle beers and wines. If its good enough for students, it’s good enough for us.

So basically you can complete a real ale experience just by walking down Division Street and its side streets. The Great Gatsby is a neat little venue with a retro bar feel. Although it’s not really part of the real ale scene, its a reprieve from the more commercialized bars further down the road and a great pit-stop on your pub tour of Sheffield.

Just slightly off the beaten track from the main route to the City Centre, The Shakespeare has everything you could want in a Great British Pub. It has a selection of real ales such as Bass Premium and Old Speckled Hen as well as imported lagers and wines. Fans claim that due to its size, it feels more like sitting in someone’s living room which adds to the cosy experience as well as friendly and polite staff to make you feel right at home.

Bang smack next door to the train station, this is definitely not one to be missed. Built into the former Edwardian Refreshment and Dining Rooms, the Sheffield Tap offers a wide choice of beer sourced from around the world including 20 on casks and tap as well as over 200 bottled beers to choose from. The highly skilled bar team will be able to answer any questions that you have about the ales whilst you relax in the cool Edwardian setting. The toughest job you’ll have, apart from selecting your ale, is to remember to catch your train back home.

So which will you try?

This is just a short selection of the pubs to choose from across the City and there are loads more we could have added but to be honest, we’d be here all day, if we tried to write them all into one blog post. If you manage to complete the list and are looking to get as much as you can of the real ale experience, we’re more than happy to point you in the right direction.