A (brief) history of Sheffield

Sheffield’s history dates back to the last ice age but it didn’t fully become the City it is today until the Industrial Revolution of the 1800s. In this blog post, we’ve put together a brief history of Sheffield from the early invasions of the Norman Conquest to the musical revolution of the early 80s and what Sheffield is like today in the 21st century. 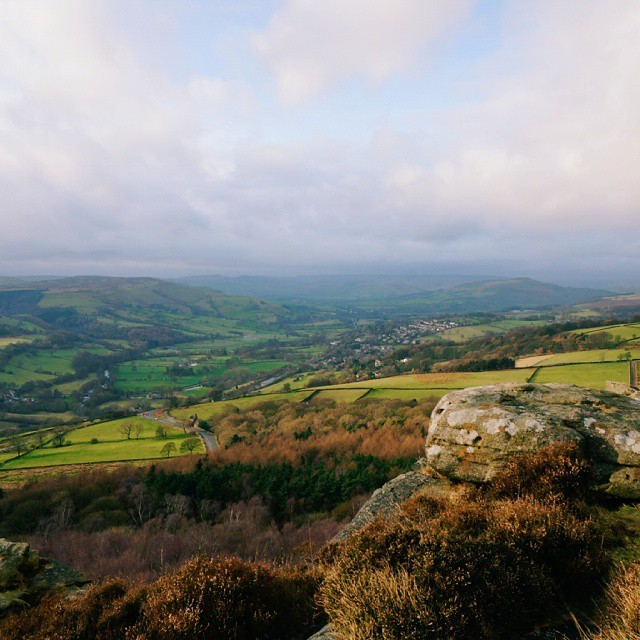 The earliest know evidence of human settlement in the area were rock art and artifacts found in caves near Cresswell Craggs, an area of east of the City. More artifacts have been found suggesting the area was quite populous during the Bronze and Iron age with several tribes calling the area home due to it ready access to water and strong defences from neighbouring tribes. It is estimated that when the Romans arrived in 43AD, most of the tribes succumbed to the power of Rome although there have been few Roman remains found in the Sheffield area. Following the departure of the Romans in the later half of the 2nd century, the area was taken over by Celts and over the next 5 centuries, Sheffield became more Anglican whilst in the 9th Century there is evidence of Viking rule.

The area of Sheffield was featured in the Doomsday book of 1086 after the Norman invasion of 1066. The book states the value of property and ownership of the lands and buildings within the area with the main land owner been Roger de Busli. During this time, a succession of families took charge of the Sheffield area and predominantly, the Hallam district and in 1295, Thomas de Furnival became the first Lord of Hallamshire thus taking the title of Lord Furnivall.

During the Elizabethan times, Mary, Queen of Scots was imprisoned in Sheffield Castle under the charge of George Talbot, the Sixth Earl of Shrewsbury. Mary spent 14 years imprisoned in the Castle and its surrounding building before moving to a more secure premises at Chartley before her execution two years later in 1587. During the English Civil War, Sheffield finally fell into the hands of the Parliamentarians who demolished the castle in 1648. 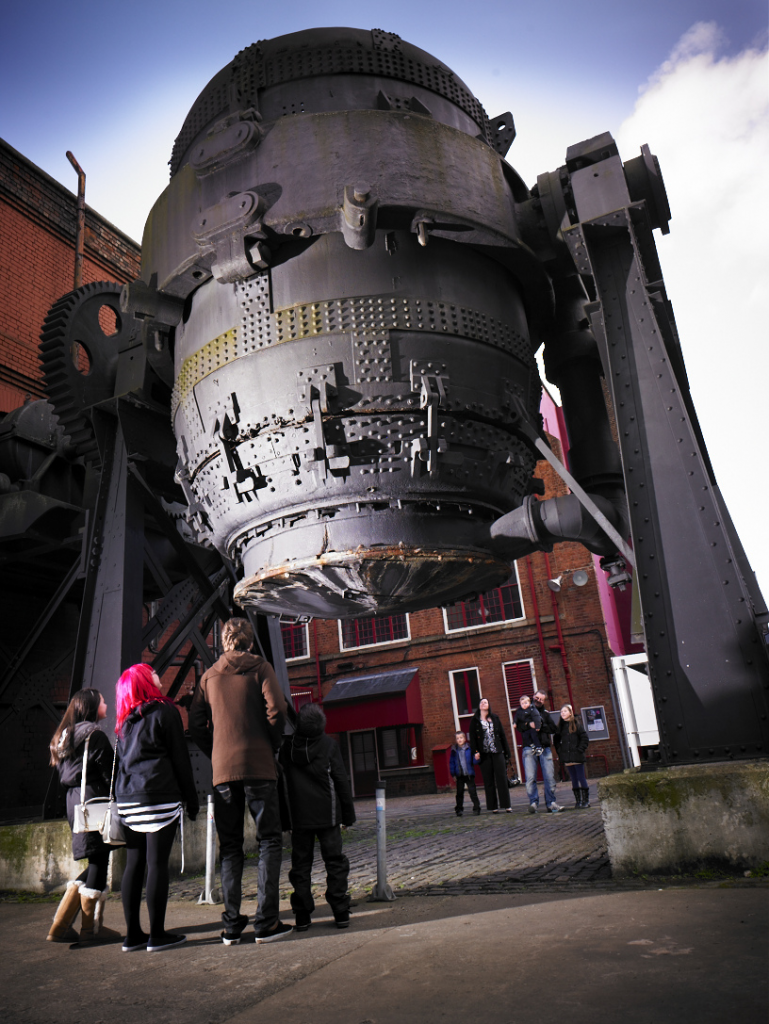 It was not until the 18th century that Sheffield became fully industrialised and as the home of steel making in the country. Sheffield was ideally situated to power water-wheel powered industries due to its abundance of coal, iron ore and millstone grit as well as fast following rivers and streams that surrounded the City. By 1600, Sheffield became the main hub for cutlery production outside of London, producing knives, razors, axes and nails and in 1624, The Company of Cutlers in Hallamshire was created to oversea the industry. Benjamin Huntsman invented a form of crucible steel processing that produced a better quality steel than previous techniques had created prior to the 1740s and The Sheffield Plate also came into existence around this time. It was invented by Thomas Boulsover and involved fusing a thin sheet of silver into a copper ingot which produced the silver plating. Henry Bessemer invented the Bessemer Converter in 1856; a process to make the production of steel making less expensive and therefore increase production levels, which revolutionized the steel making industry and put Sheffield firmly on the map. These innovations meant Sheffield gained world recognition for its production of cutlery and Steel.

In 1857, the world oldest football club, the Sheffield Football Club was formed and led to a rapid rise in the number of clubs in the area. Sheffield is also where the rules of the beautiful game were created.  Sheffield was granted the Royal Charter in 1893 to have official city status due to the rapid population growth from workers moving to the area for work. Due to the high trade and industrial works in the City, Sheffield became one of the main centres for trade union formation and also agitation in the UK; in 1866 one of the longest running trade union bodies, the TUC, was founded after a number of uprising against poor working conditions and low wages got out of hand and several murders carried out by union militants.

The two world wars greatly impacted Sheffield; the City suffered terrible losses at the Somme and was bombed by German Zepplins due to it artillery manufacturing and importance in fighting the War. It also suffered several nights of bombings during World War Two to halt its production of weapons and ammunition for the war effort. The 16 raids became know as the Sheffield Blitz and 60 lives were lost across the City. After the war, Sheffield went through a period of redevelopment in the 1960s and 1970s with several architecture projects added to the landscape including Park Hill flats which were an inner city development to remove the Victorian slums and create better housing for Sheffield residents. The Sheffield music scene was also developing at this time with bands such as Pulp, Human League and Def Leopard. More recently, the Artic Monkeys and Reverend and the Makers have found success in the charts.  The Sheffield tram project was also redeveloped to connect outer areas of the City to the City centre and later connected to the Meadowhall Shopping Centre complex in 1990. 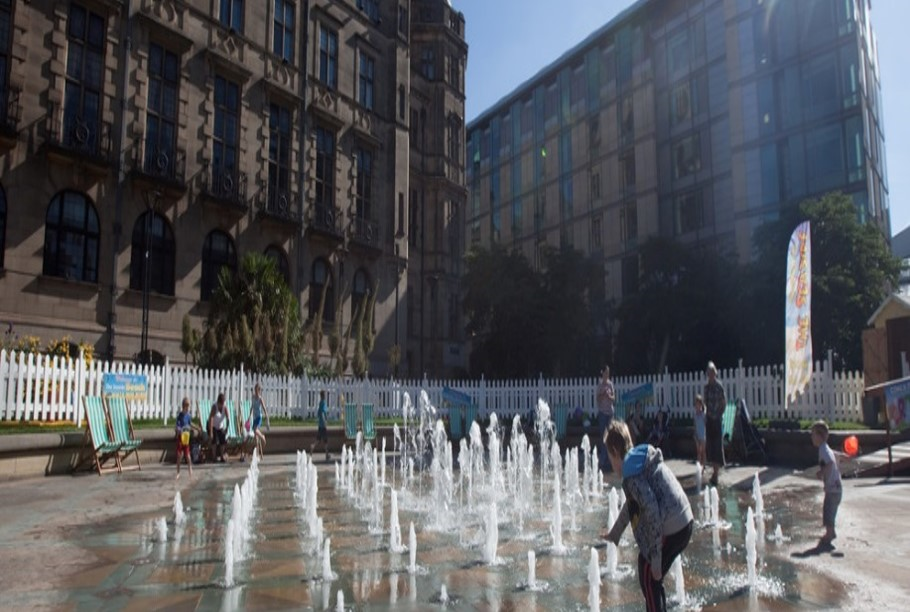 In more recent times, new architectural projects such as the Winter Gardens and Millenium Galleries have reinvigorated the City and led to other initiatives such as Sheffield One which plan to renovate the City further and include the regeneration of The Moor area including the reallocation of the Sheffield Market to this area of the city in order to renovate the Castle Square area of the City.

Sheffield now offers a wide range of amenities and activities for both resident and visitor and we hope we have provided you with a taste of what to expect and to enjoy our beautiful city.